CHRISTIAN LÖFFLER TALKS ABOUT HIS CAREER AND HIS NEW ALBUM, ‘LYS’

Hi, Christian. Welcome to Fiesta&Bullshit Mag. We love your music from minute zero. It’s a pleasure to be able to talk to you at this special time in your career. Let’s go!

First of all, tell us a little bit about yourself. About where you come from, your origins and how you start making that music you have been loyal to until today.

I was interested in music since I was six years old. I remember being in first grade and my best friend‘s dad had a huge blues and rock records collection We were always hanging at his place listening to all that stuff and watching concert videos all day long.

I was getting really interested in music generally at the age of 10. My best friend was taking guitar lessons and we were listening to albums from Joe Satriani and Steve Vai for example. But finding out about creating songs just with a computer around the age of 14 brought me to electronic music. I’m not a great team worker. So having all in my hands, being able to work out my ideas really quickly on my own made it so appealing to me.

It was very tough in the beginning. Having all these endless possibilities but also so much fun just playing around and experimenting finding sounds and melodies.

Still it’s a constant evolution and much fun to find new sounds and express my musical ideas. Over the years I became more confident as an artist. For the new album ‚Lys‘ I have more songs featuring my own voice. But mainly I think your work is always changing as I’m also changing as a person over the years. There is so many things happening in life all the time. My first album came out in 2012 and started touring at that time. I visited so many places and met many people in that time. I think whatever you’re going through, positive or negative, everything is reflecting on your work.

For those who don’t know, besides music you love painting. How and in what way does this art start to form part of your life?

I used to study art at the university but with music taking over more and more I kind of stopped except taking photos and doing small sketches while travelling.

After heavily touring in 2016 and 17 and needed to take a break to find creativity again. I stopped making music and started drawing and painting again what I also stopped almost completely after leaving university. It was very refreshing and I came up with many musical ideas while visiting art exhibitions and following my favorites painters more again but also from actually painting myself.

With getting back into painting after years of only focusing on my music it was very inspirational to work physical again. Setting up the canvas and mixing the colors became a ritual that helped me to step back from screens and computers. It a complete different way of working even though it driven by the same urge to create something. 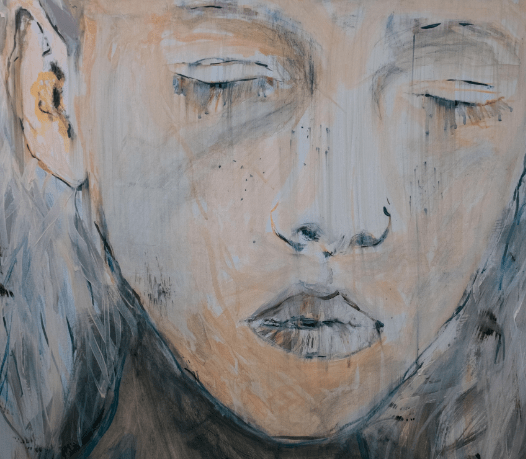 Have you thought about adding this to your shows? How could you take this to a club or a festival?

We already do that. A part of my visuals is based on my sketches which are animated. Also we have filmed material of closeups from my paintings projected and transformed during the live show.

Tomorrow you are going to launch your new and expected album, did the union of painting and music have something to do with it? Tell us a bit more.

Going back to physical arts made the album actually possible. It was very difficult creating new music after releasing ‚Mare‘ in 2016 and playing many live shows . I needed to take a break and step back from music. That’s was when I decided to go on a trip to Scandinavia with just a sketch book and start drawing again. I came up with a few sketches but all of a sudden I made also music because I got inspired by working on physical art again. I made six songs from that period and it was released as ‚Graal (Prologue)‘ accompanied by those drawings in the artwork. But the actual plan when I went on the trip was to paint these drawings. So after releasing ‚Graal‘ I was touring but home I was only painting. I went out seeing many exhibitions and it was very refreshing period. Again I was making music from time to time after a few painting were finished and that was the start of ‚Lys‘. It was more like a process, created step by step. 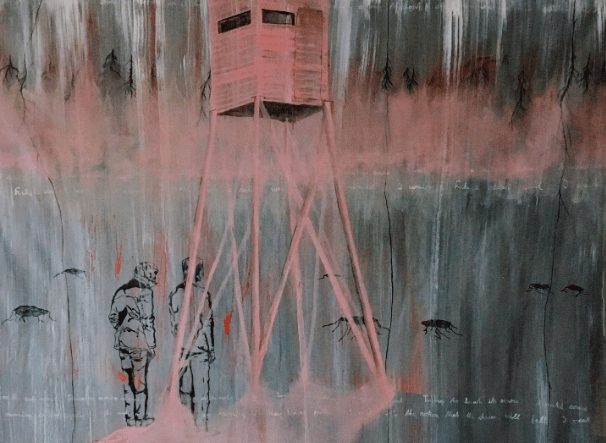 In this new album called Lys, what can our readers find in it? What do you think is different from your previous works?

The album was inspired by the light here in the north of Germany but also in Scandinavia where I went for several trip in the last few years. After starting to paint again and photographing a lot I realized how import light is for my work. I’m following a concept with naming my albums after places that help me focusing and enabling me being productive as an artist. In the beginning there was ‚A Forest‘ my first album describing a period in my life finding peace in long walks through the forests close to my home town. I recorded many sounds out there using them in my productions still until today. A few years later I moved closer to the sea. Living only 300 meters from the baltic sea inspired me to create my second long player ‚Mare‘. In 2017 I started painting again which helped me to find inspiration for new music. I realized how important light is for my work, especially for the visual art. After spending a few weeks in Denmark chasing the beautiful northern light with a camera and painting I decided to name the new album ‚Lys‘ which is light in Danish.

Normally you made collaborations with Mohna, in this album we can find a track with her but we also find other collaborations. Can you tell us about them?

There is one song I wrote it together with my friend Josephine Philip from Copenhagen. I met her a few years ago while working with my mastering engineer on ‚Graal‘ in his studio in. I was a big fan of her band Darkness Falls and also loved her the sound of her voice when she collaborated with Trentemøller. We just kept in touched sending ideas forth and back via e-mail and came up with our first song ‚Running‘. We just kept working on a few more songs after that and were lucky to come up with the idea for ‚The End‘ at some point.

There is also a song with Menke a multi instrumentalist from Sweden. I met her while I was in Stockholm working in the studio of a friend. We spoke about her music and what inspires her and we decided to work on a few projects.

Nature is a great inspiration for you. Does the sweetness of your tracks have anything to do with it? What inspired you to make Lys?

Lys is danish and means light. The album is reflecting on this main topic. How it marks the passing time during the day, the passing of seasons in a year, and the constant change of everything that surrounds us. The inspiration for it came from numerous trips to Scandinavia and also from starting to paint again. Nature has always been playing an important role for my work as an artists. I always wanted to create a more human and organize electronic music so I use many field recordings like the crackling of wood for example. 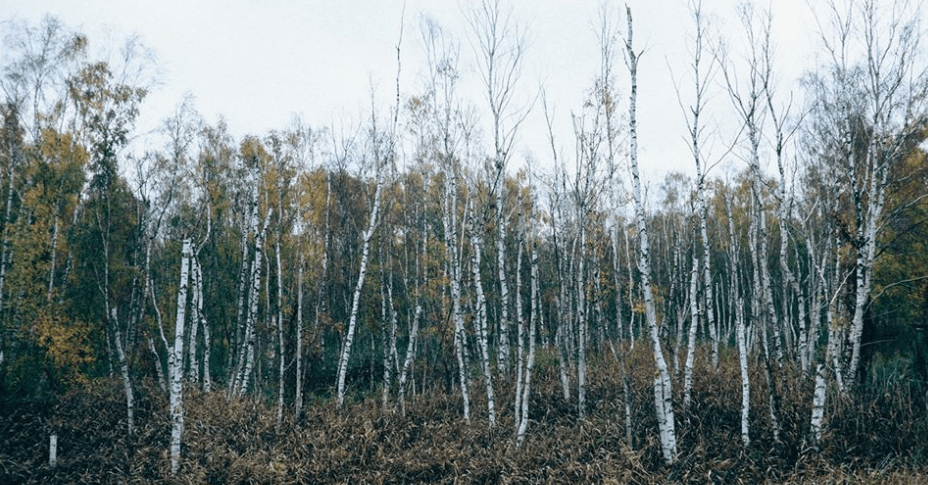 For both music production and art, you need calm, inspiration and moments of peace. How do you deal with your gigs?

That’s why I have chosen to live in a secluded area in the Northeast of Germany. It’s not many people living here and it’s usually very quite. I’m very close to the sea and I usually go for a morning run through the coastal forest to find focus. It really helps me to concentrate on my work. On the other hand I really love touring and visiting new places and people. It’s great to have both in my life.

We’ve read that you’ve changed from Ableton to Logic and vice versa. What are the reasons for these changes? Usually a producer uses the same software all the time.

At that I was struggling to find new musical ideas. I was trying different strategies to inspiration also from using gear I haven’t for a long time and also on the software side. I started with Cubase and Logic so it was interesting to come back after years. You have to do things differently and you make mistakes which can lead to new and exciting results.

We see you more and more at Spanish festivals, now you go to Paraíso in Madrid, last year at Sun and Snow Festival in Sierra Nevada and the year before at Fort Festival. What do you think of the Spanish audience? Will we be able to see you in Ibiza?

I hope to come back to Ibiza soon! I played on the island only twice and I always had a fantastic time. Not only at the show but also as a visitor. I’m so much looking forward to Paraiso. We are going to play the new show and very excited to perform in Madrid finally. Fort Festival and also Sun and Snow have been very special to me as the audience was super welcoming und I felt a huge appreciation for me as an artist. 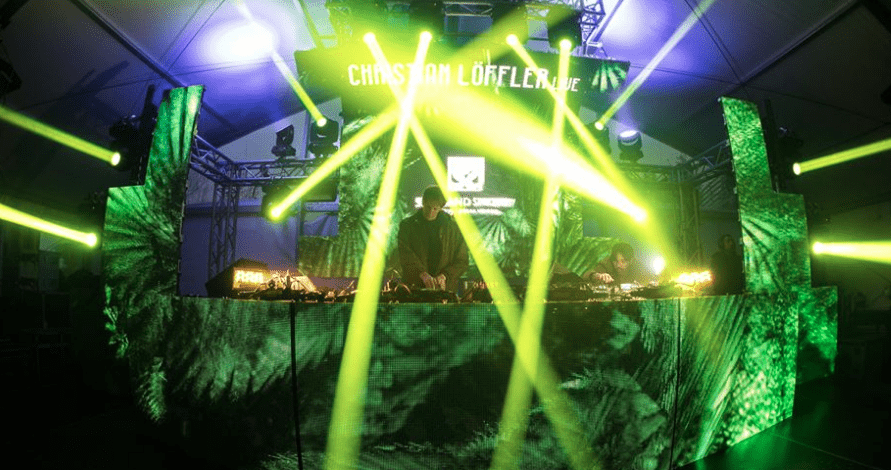 Place/city of birth? Greifswald
What music do you remember listening to as a child in your home? Led Zeppelin, Pink Floyd, The Who, Nirvana,
The DJ who made you dance the most in your adolescence? Lawrence
Where was your first show as Dj and what was your fee? in my hometown without any fee
And your last one? last show was in Athens
The strangest thing they asked you or have you seen at the Dj booth? „what are you actually doing?“
A drug you’ve tried? never ever tried anything
A city to retire in? New York
A track for your funeral? AC/DC Back in Black