As part of Pacha’s 50th Anniversary celebrations, Ibiza legend Pete Tong, along with Conductor Jules Buckley and The Heritage Orchestra, will be bringing their phenomenal live show to Destino Ibiza for a mind-blowing performance of epic proportions.

Kicking off with 3 sold out arena performances in 2016 including London’s O2 Arena and the release of his No.1 album ‘Classic House’, demand for Pete’s incredible live show has reached fever pitch. With this year’s gigs seeing them tour across the globe, including performances at LA’s prestigious Hollywood Bowl and two major shows in Sydney and Melbourne, it was only right that Pete should also include a date where it all began – back home in Ibiza. One of the most stunning locations on the island, set atop the cliff top of Cap Martinet in Talamanca Bay, offering sweeping panoramic views of the Mediterranean Sea, Dalt Villa and the island of Formentera, Destino Pacha Ibiza is the perfect venue for this ground-breaking show.

This union of orchestral music and iconic dance tracks is another bold, brilliant move from one of the most influential figures in dance music. As the voice of Radio 1’s prestigious dance programming, Pete Tong has held a commanding presence over the industry for more than two decades. His unique position has earned him a reputation as the global ambassador of dance music.

The concept of Ibiza Classics and the album companion ‘Classic House’ released via Universal Music came into fruition in 2015 with BBC Radio 1’s Ibiza Prom at the Royal Albert Hall. With its infectious, energetic brand of club music reworked by artistic director Chris Wheeler, the 65-piece Heritage Orchestra and the acclaimed conductor Jules Buckley has captured the hearts of millions and created an unforgettable dance-party. 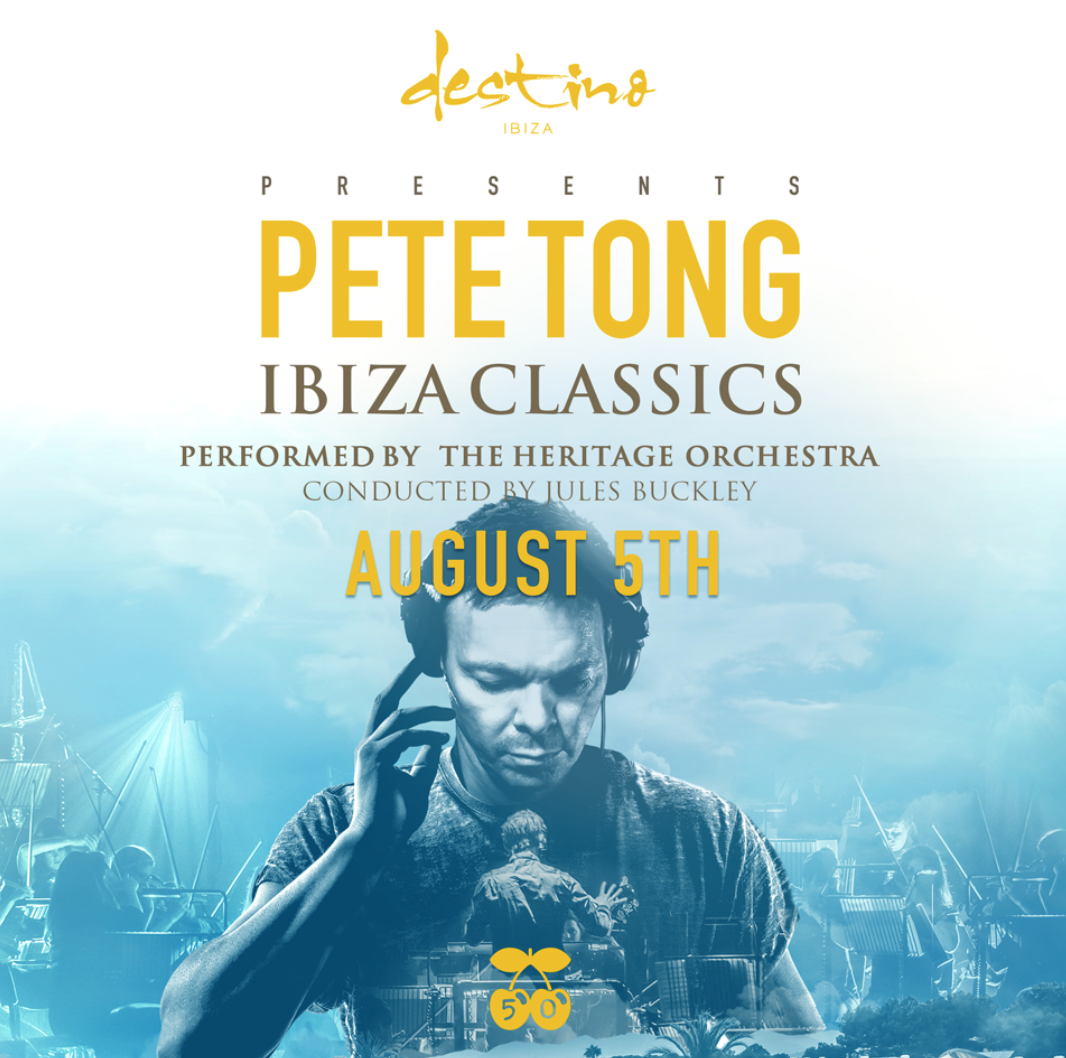