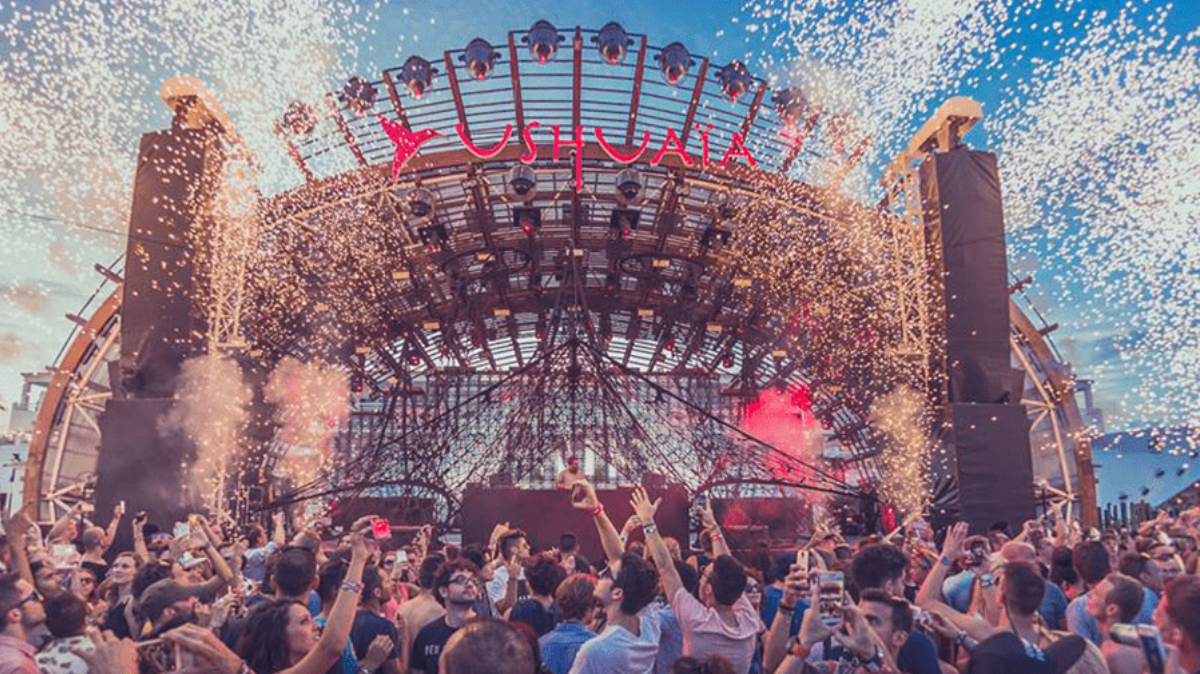 ELROW FULL LINEUP FOR THE 3 DATES AT USHUAÏA.

elrow in Ushuaïa Ibiza! The most prestigious beach club on the planet hosts a spectacular production never seen before in Ibiza. Stay tuned because It’s happening only three times during the summer! For its first show on 20th of July, the theme Kaos Garden by Okuda San Miguel will debut in Ushuaïa Ibiza. Artist Okuda San Miguel joins elrow to mix art and entertainment. Dancing in Kaos Garden is dancing in his world, a world created from his favourite work: The Garden of Earthly Delights.

Okuda San Miguel’s art will come to life and will become a party on July 20, offering an immersive experience with the idea that the public is part of this reinterpretation of the work ‘The Garden of Earthly Delights, in which sin, paradise and lust merge with the colour and music of Hot Since 82, Joris Voorn, LP Giobbi, De La Swing and Viviana Casanova.

On 17th of August, elrow, is one of the most emblematic themes. Discover your most folkloric side in this particular elrow version of the “Feria de Abril de Sevilla” will land in Ushuaïa Ibiza! Wade, Cloonee, Tini Gessler and Amedeo Picone are in charge to put up the volume of this most famous beach club on the earth.

Nothing is too far out for elrow, so forget what you think you know and prepare for el rowcio at Ushuaïa Ibiza that will be like none you have ever witnessed before!

The elrow interstellar station with a large rocket as its main element will take you straight to RowsAttacks. During this journey, you will travel between flying saucers full of aliens and astronauts. A universe full of galaxies, planets, satellites, stars and stars awaits you, alongside the music of Ilario Alicante, Cuartero, Bastian Bux and Florentia.

Get ready to get into another dimension in a new edition of elrow at Ushuaïa. 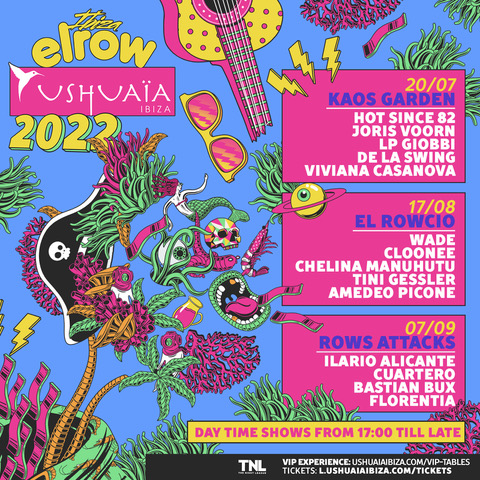