IMS 2019 ANNOUNCES THE LINE UP IN DALT VILA

International Music Summit (IMS) today announce first details of their highly anticipated Dalt Vila event in Ibiza Old Town, the closing celebration of the 12th edition of three-day summit and flagship event of IMS Week 2019, signalling the start of the Ibiza summer season. The 2,500 year old former fort and UNESCO World Heritage Site will witness iconic artists sharing the stage with the most exciting new talent of today, framed by a backdrop of the Mediterranean Sea and the historic Catedral de Eivissa.

Regarded as the unmissable event of the summer and setting the standard for the Ibiza season to follow, IMS has curated a unique line up of international artists, uniting house and techno’s established leaders with emerging trailblazers at the only event officially authorised at this breathtaking location.

Swedish producer, founder of Drumcode Records and certified underground icon Adam Beyer makes his Dalt Vila debut along with Belgian DJ and Producer Charlotte de Witte, who will bring her signature style of stripped down techno to the event. Joining them will be Grammy Award winning DJ and Producer David Morales, best known for shaping the global house music scene and widely considered to be one of the first true superstar DJs.

Adding to the lineup is Luciano, one of electronic music’s most influential and ground breaking DJs and performers, who has always been at the forefront of Techno and House. Also performing will be Italian born Joseph Capriati, one of Techno’s most in demand artists with a career spanning over a decade. Adding to the line up is one of the most prominent names in the international scene, Nicole Moudaber, who will also be joined by Ida Engberg, a Drumcode affiliate who will bring a deep techno sound to Dalt Vila this summer.

IMS Dalt Vila will be globally broadcast on Nicole Moudaber’s renowned ‘In The MOOD’ radio show to over 50 countries, featuring  studio interviews and live streaming with some of the biggest names in electronic music. 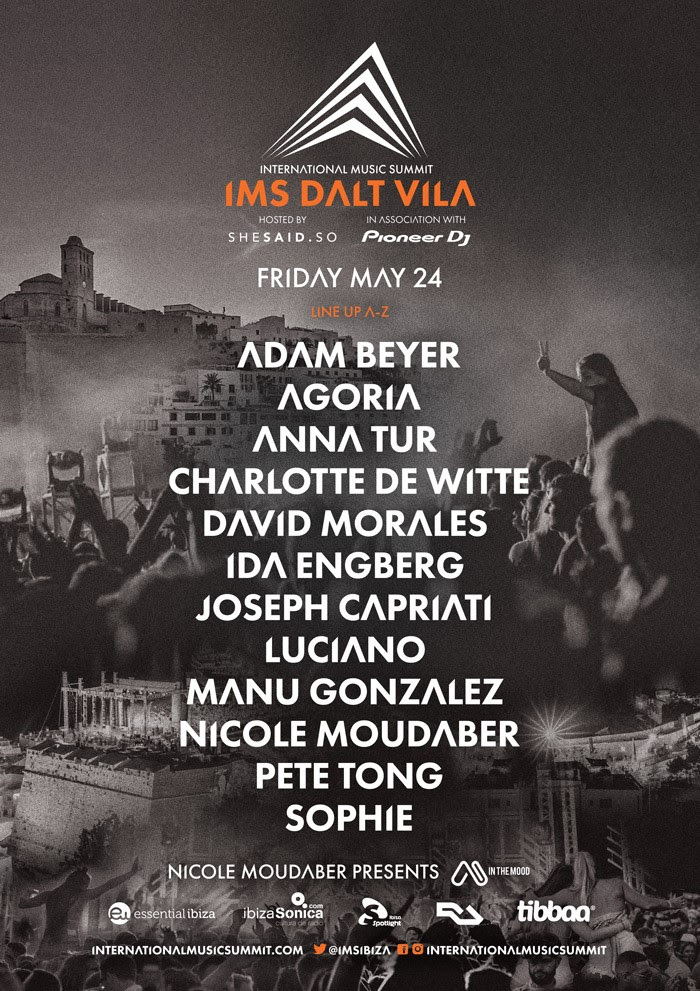