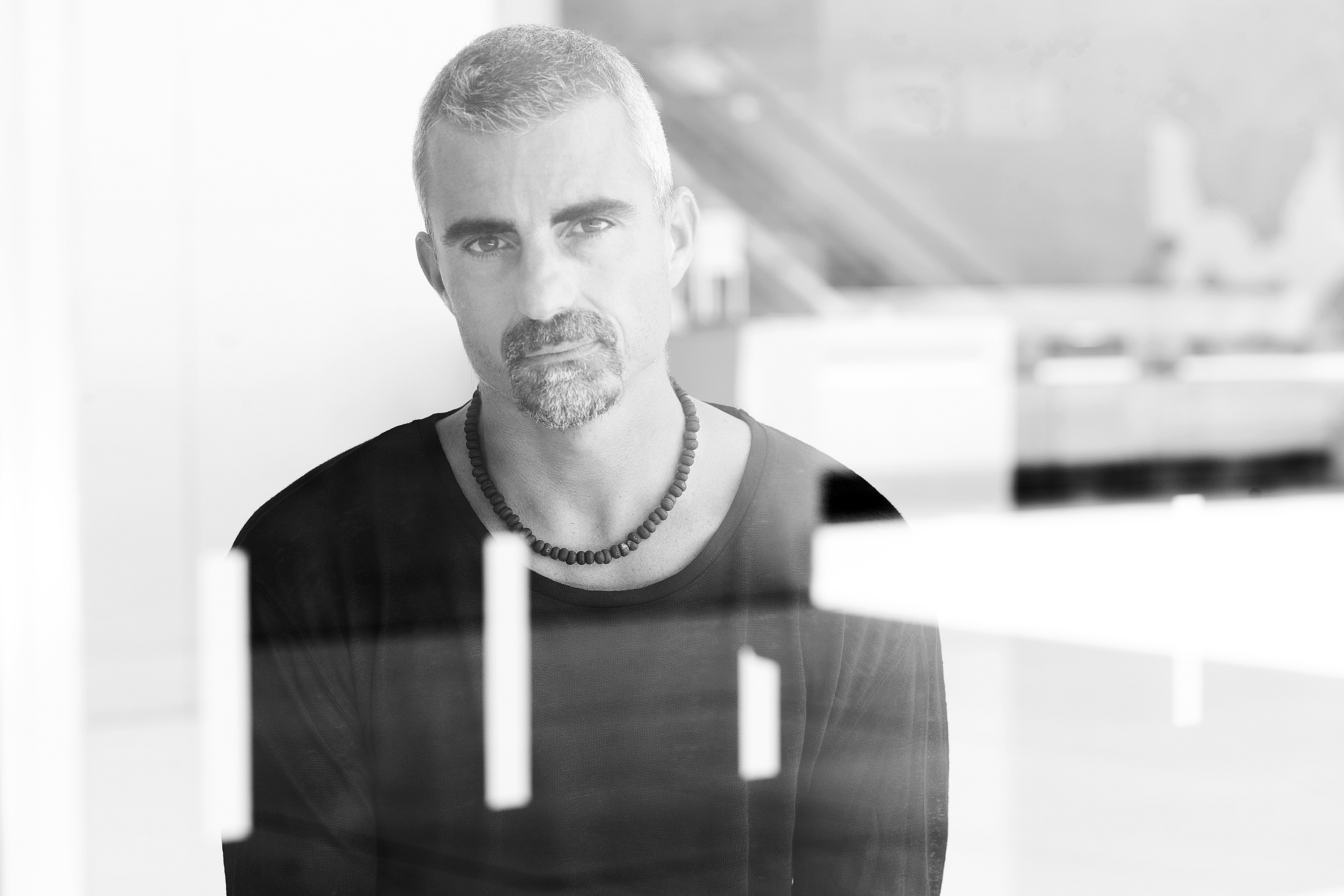 #IN THE STUDIO: GAETANO PARISIO

In The Studio, News
by Dani

We have been in Gaetano Parisio’s studio, he has opened the doors of his laboratory to us and has been explaining to us how he works, how he gets the most out of each of his machines. Gaetano has been working with turntables since 1993. We wanted to visit a techno classic and we decided to come to his studio.

I got to know this machine by going around the studio of my producer friends and I always noticed this beautiful sounding module. It seems to be built in a block. It gave me the feeling of something built to give an impression of something solid, something robust. Indeed it is! For me it is the best minimalog emulation. To be precise, it is not simply an emulation, it is something more. There are additional modulation and routing options available. Every time I use it, something good comes out. I love connecting it to a sequencer and then playing on the frequencies of its 3 oscillators. The moog filter then makes the main difference. I recommend it to all those looking for the classic mood sound and maybe needing it in a rack format. 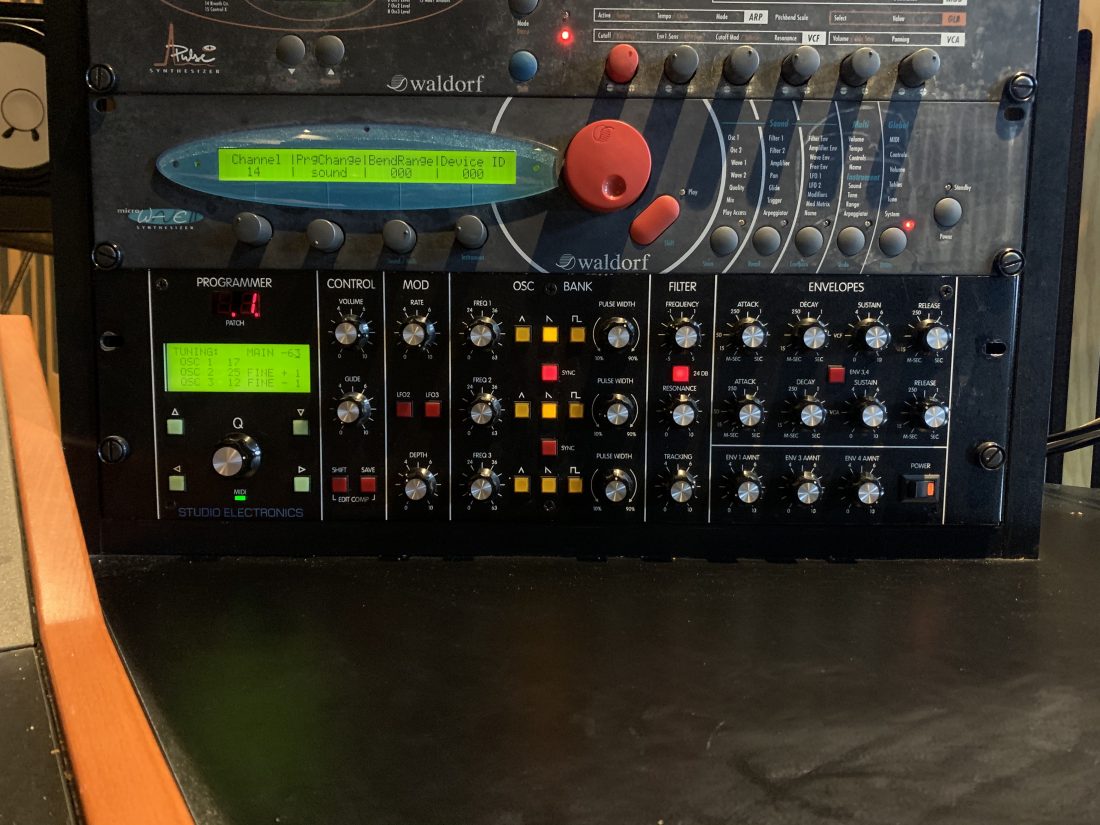 I’ve owned this analog filter since the late 1990s. At that time, I was not using any audio output from my DAW. Everything was strictly midi. My need was to have the filter effect that I used during my DJ sets. To create mini breaks in my tracks. I’ve used it a lot, for sure for “Dub Pistol” on Zenit. Today, I continue to use it, even if there are many other alternatives. For me, it remains one of the most characteristic analog filters that I have tried. In addition, I always liked its green color! 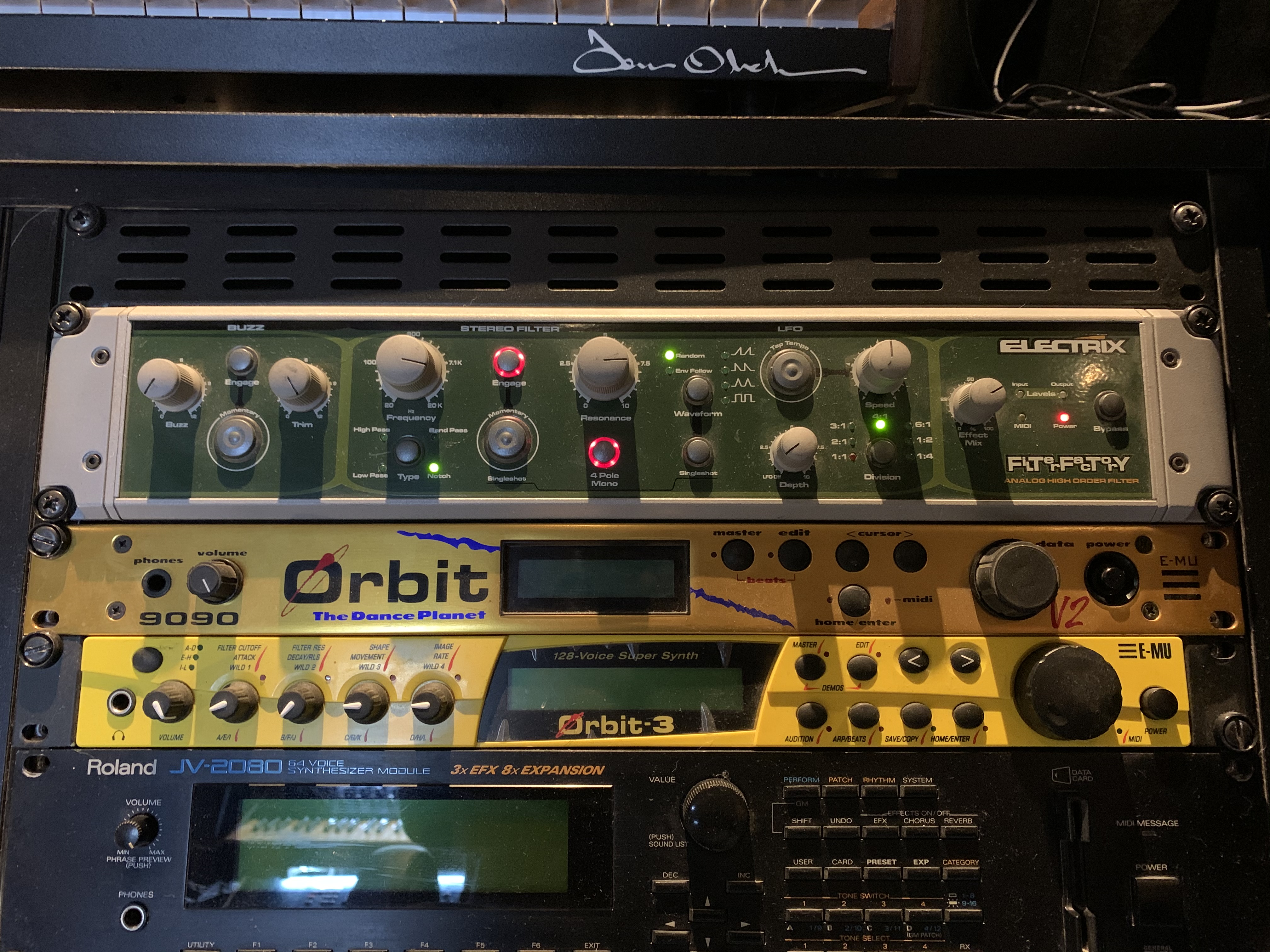 When we talk about the 808 we talk about a legendary machine. Its influence in electronic music, but also in hiphop and pop, was incredible. All the biggest producers played at least once in their life with a Roland 808. And, I assure you that when you try it once, you want to own one. I bought mine in a shop in 97. It was abandoned and I was lucky enough to find it already MIDI implemented. Its MIDI out has always been connected to the MIDI in of my TR909 and I believe it’ll remain forever. The kick, the toms, the snare…those guys will never let you down! 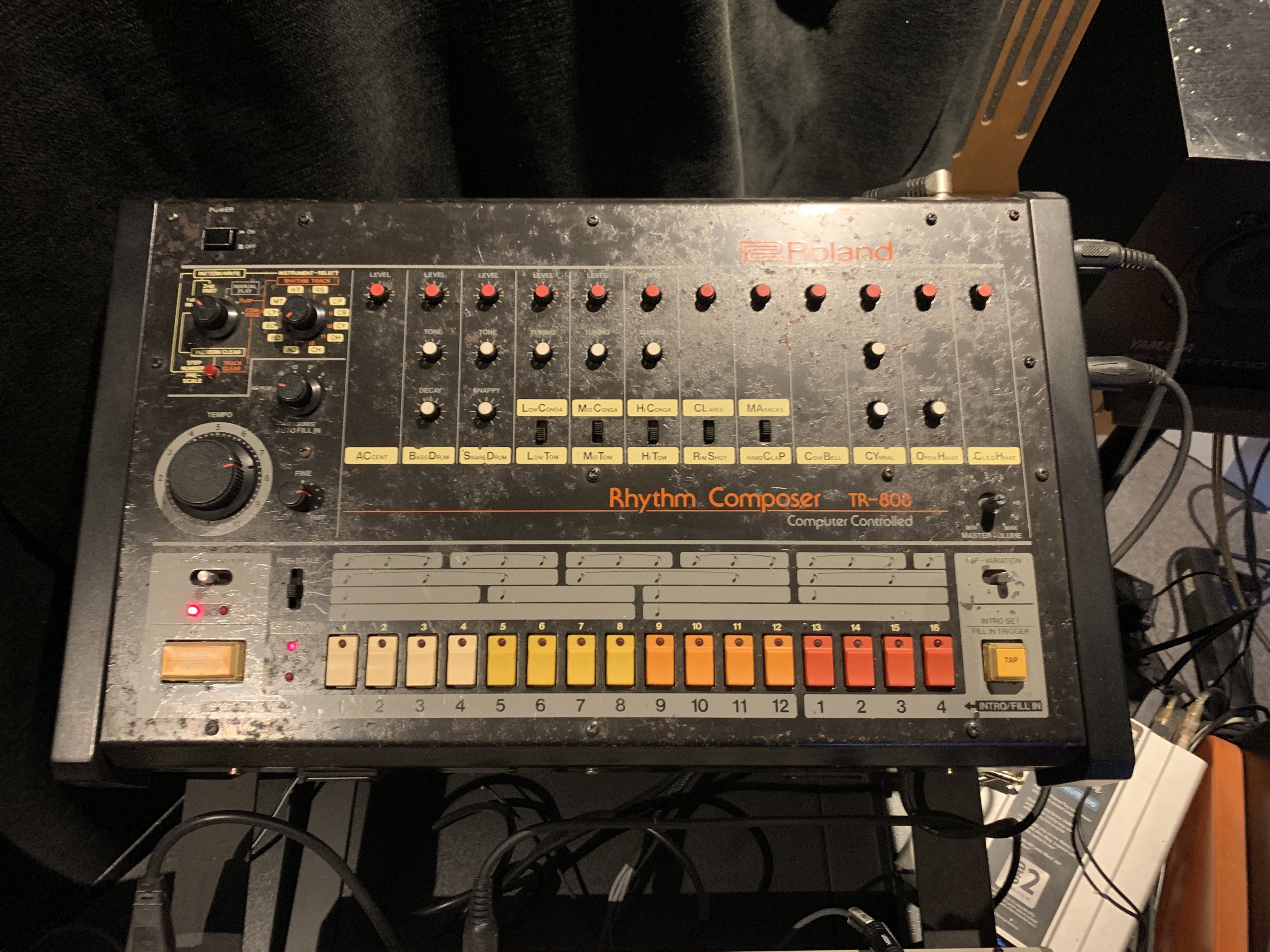 During the 90s, synth producers tried to return to analogue feelings and the results were sometimes unexpected. They started to create hybrid synths in order to not have excessive production costs and the result was that analog physical modeling synths were created, just like my Korg Ms 2000. I used it a lot to create atmospheres or for lead sounds. I used it for an electro track on my Conform Advanced series Vol I where I used its vocoder on my voice. It isn’t the synth that I use the most, but I would not sell it because it’s capable of making sounds that other synths, maybe more famous, cannot. Very often there is the risk of having machines that are replicas of others that you already have, surely this is not the case. 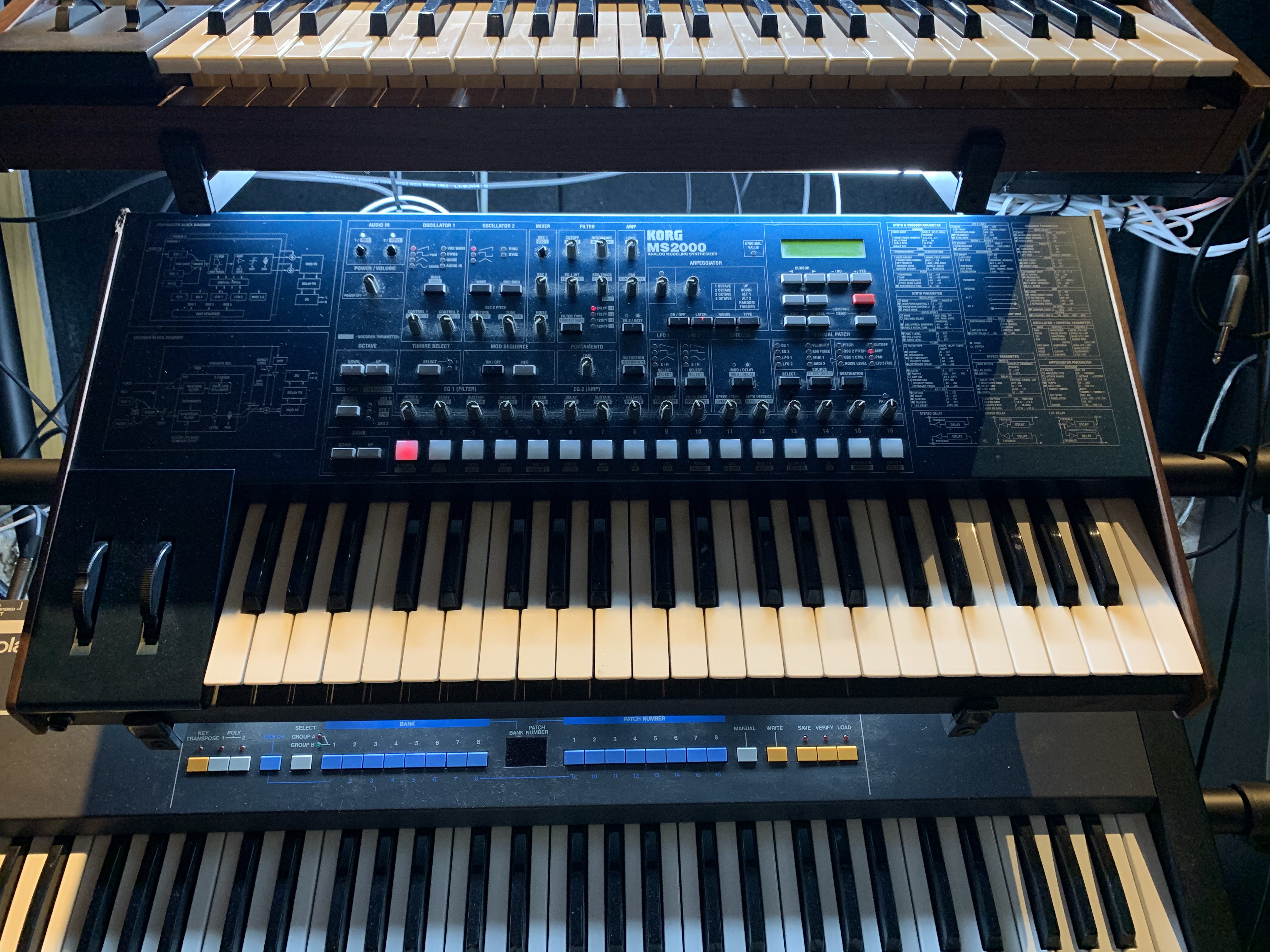 When a friend of mine suggested I should buy one, I was quite skeptical. I’ve always been happy with my RME Fireface800 and in fact, I continue to own it. But the quality of this sound card has impressed me incredibly! Furthermore, being a DSP machine, it manages the software without overloading the computer’s CPU. The feature that I use most is the dedicated Recorder. I record everything I do in the studio in real time. This allows me to enter a state of flow, exactly as if I were doing a live performance. Without thinking too much and forgetting my main nightmare: the arrangement. its software routing is not the most intuitive, but once you understand the logic behind it, everything becomes easier. 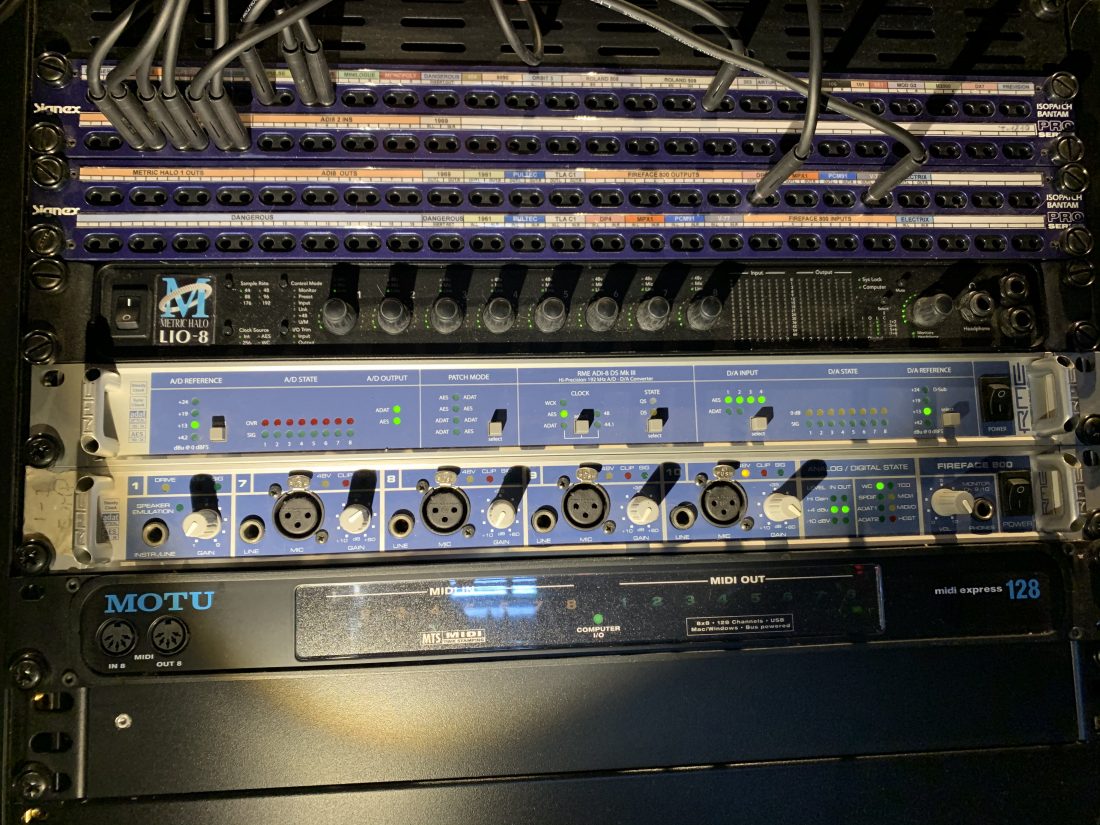 Thank you so much Gaetano!