SXM Festival, underground electronic music’s premiere destination getaway, has announced the phase two lineup for its March 13-17 return to the Caribbean island of Saint Martin/Sint Maarten. Programmed amongst the island’s vast infrastructure of beaches, nightclubs, and cliff-top villas, the festival offers a singular assemblage of some of the world’s best electronic music artists in an unmatched beachside setting.

The SXM Festival experience is known for its sense of immersion and adventure, guiding attendees through a journey of artistic wonder and cultural connectivity. Each venue is adorned with organic production elements that appear as though to grow from the very island environment in which the event is hosted. Following the devastation of Saint Martin/Sint Maarten by Hurricane Irma in 2017, aesthetic curation has been reimagined to incorporate the debris created by the storm in order to minimize the importing of materials. By using recycled and reclaimed wood sourced from the area, the event continues its legacy of producing stages and art in harmony with the local habitat.

It is with a world-class musical lineup combined with the magical fusion of professional party-people from around the world that SXM Festival rises for its most anticipated edition yet. 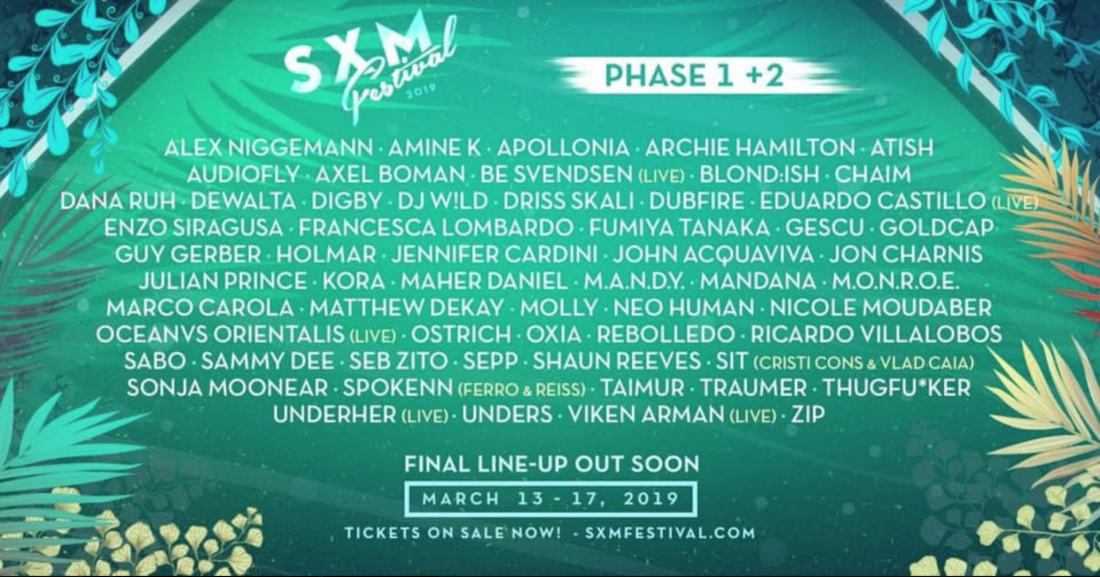