The BPM Festival is set to make its return to Tamarindo, Costa Rica for its sophomore edition, kicking off the brand’s groundbreaking 15th anniversary. Moving from the previously planned 5-day 2021 dates, the now 7-day and night event will take place January 12th through January 18th, 2022, providing fans with a week’s long celebration featuring the very best in underground house and techno. Hosting a multitude of unique label showcases sprawling across an array of daytime and nighttime venues, fans attending the 2022 edition can look forward to highly-anticipated debut BPM sets from Anfisa Letyago, Jeff Mills, and Ricardo Villalobos, all while nestled in the idyllic Tamarindo beach. For the brand’s latest Costa Rica event, festival-goers can look forward to returning BPM mainstays who are slated to make their Costa Rica debut such as Apollonia, Boris, Darius Syrossian, Detlef, Jamie Jones, Joseph Capriati, Marco Carola, and The Martinez Brothers. Attendees can also enjoy highly-anticipated performances from Carl Craig, Hernán Cattáneo, Latmun, Neverdogs, Renato Ratier, Richy Ahmed, Stacey Pullen, Technasia, and more. Additionally, the event will be live streamed via Beatport, Ibiza Sonica, and BALEARICA. Set to be a monumental celebration, The BPM Festival will take its brand’s dedicated fanbase back to its newfound tropical home base for many revelrous nights soundtracked by some of techno and house music’s finest tastemakers.

Over the years, BPM has made a commitment to host the best in techno and house, boasting editions in picturesque locales such as Mexico, Portugal, and Tel Aviv, as well as satellite events in Bali, Brazil, Dubai, Ibiza, and more. Headliners making their return appearance in Tamarindo include Chus, Davide Squillace, Dubfire, Loco Dice, Luciano, Matthias Tanzmann, Michael Bibi, Nicole Moudaber, Paco Osuna, Rony Seikaly, and Skream. 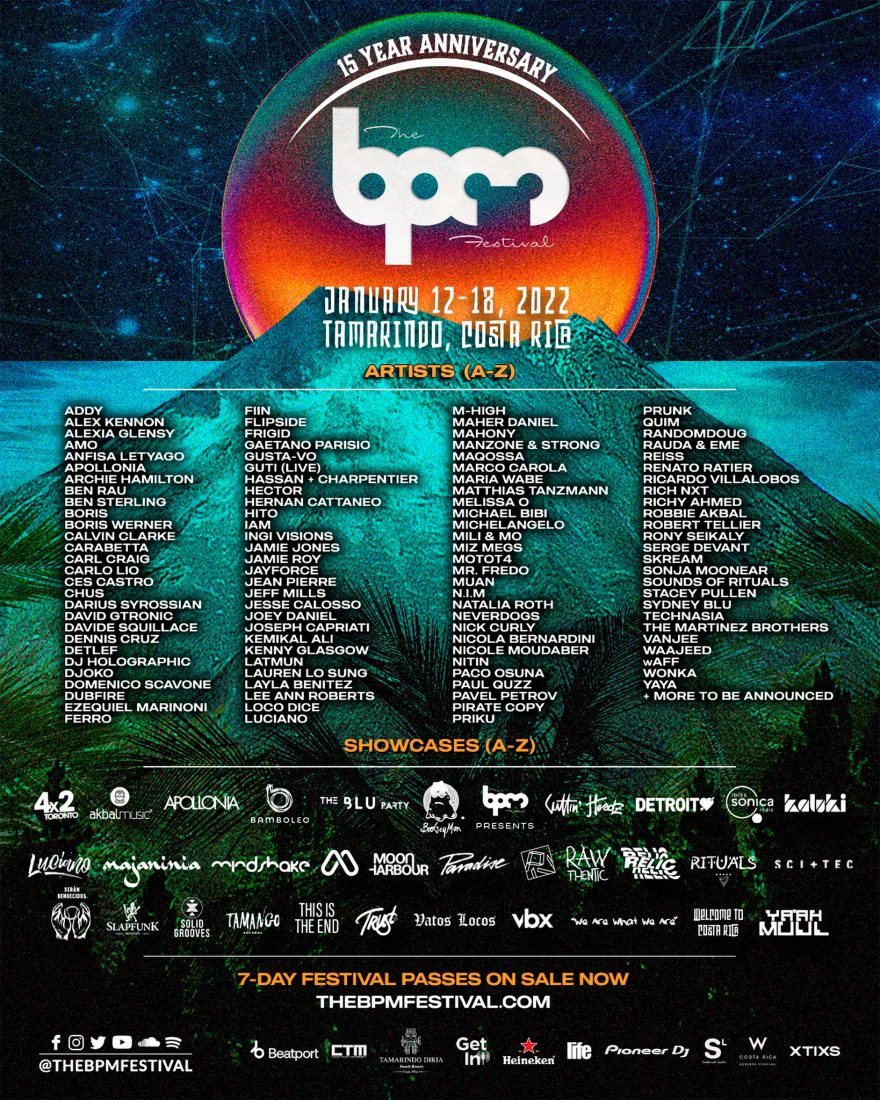 Attendees can book their stay for The BPM Festival: Costa Rica via the event’s official hotel partner, the Tamarindo Diria. The most centrally located hotel within Tamarindo, it is the only beachfront in the city, and serves as a prime location for the festival. Those looking to book can opt for 7, 10, and 14-day package options, and can add up to 3 days before or after the festival starts or ends to extend their stay. These range from decompression, surf, and yoga packages, with trips to Santa Teresa, Volcano Arenal, and Nosara, and each include airport transfer to Liberia (LIR) or San Jose (SJO) airports. For those seeking gambling amenities, Diria has it covered with its very-own full-fledged casino across the street. The hotel will also be hosting a “BPM Welcome Party” exclusively for hotel guests. Hotel packages are sold separately from festival passes, reservations can be made at bpmtulu.com.