On Sunday September 22nd, from 8.00am to midnight, Barcelona will celebrate The Mercè Electronica Barcelona 2019, a 16-hour musical event that opens during the local major festivities, Fiestas de la Merced, sponsored by Asahi Super Dry, Japan’s No. 1 premium beer.

The event offers a unique location, the National Theatre of Catalonia, better known by its acronym TNC. Located in Plaça de les Arts, in the surroundings of Les Gloriès Catalanes district, it is a spectacular building designed by the architect Ricardo Bofill.

The Mercè Electronica Barcelona 2019 will bring together some of the greatest artists from Barcelona’s music scene, as well as a series of international guests.

The curated line up includes: Angel Molina, BeGun, Der Dritte Raum (live), Gary Beck, Piem, Shall Ocin, Agatha Per, ArtSide, David Easy, Edu Natored, Elle-D, Kenzo, Luber, Neiland, Roberto Martín, Uri Callejo and Vidaloca are the DJs that will be playing at the first edition of The Mercè Electronica Barcelona, born to add a fine electronic music experience to the cultural program of the major local festivities that Barcelona celebrates yearly in September.

Attendees can enjoy 16 hours of nonstop music in the emblematic theatre and 4 areas -dance, relax, food and vip areas-, from 8am to midnight, accompanied by the unique taste of Asahi Super Dry. With its participation, the Japanese brand Asahi seeks to share with its consumers one of its great passions, music. 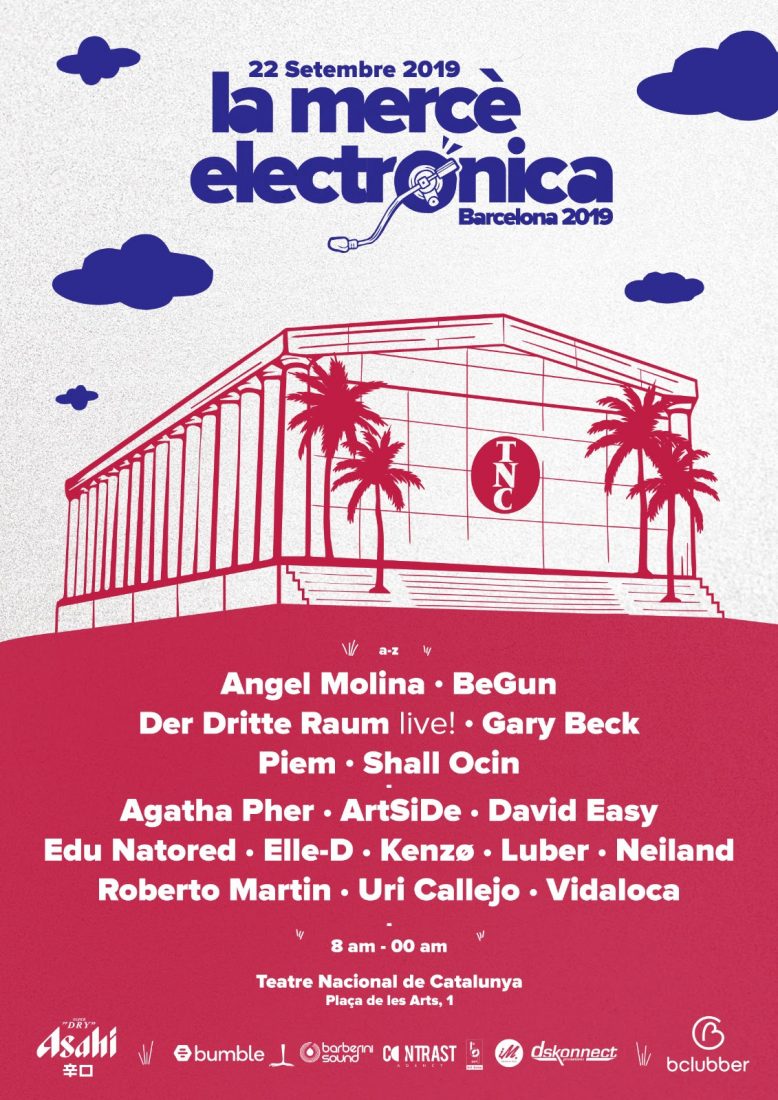