FLOWER POWER PACHA WILL CELEBRATE A MUSIC TRIBUTE TO WOODSTOCK

Flower Power Pacha Ibiza will celebrate on Wednesday September 18th a music tribute to Woodstock to commemorate the 50th anniversary of the iconic music festival held in the state of New York in the summer of 1969.

DJ Joan Ribas, the music director of Flower Power by Pacha, has put together a “Special Woodstock” night to enjoy the sound of the main acts of the phenomenal festival in which artists such as Jimi Hendrix, Carlos Santana, Jonis Joplin, Joe Cocker and The Who participated, in addition to the best tracks of emblematic bands of the 60s and 70s such as Rolling Stones, Deep Purple, The Doors and Lez Zeppelin.

«The Woodstock spirit has accompanied us throughout the summer every Wednesday at Pacha. On the night of September 18th we will celebrate this special musical tribute, as a farewell of the summer season. A tribute that we want all of the island to be part of, so all residents are invited to be part of it», informs promoters Made in Italy Ibiza. 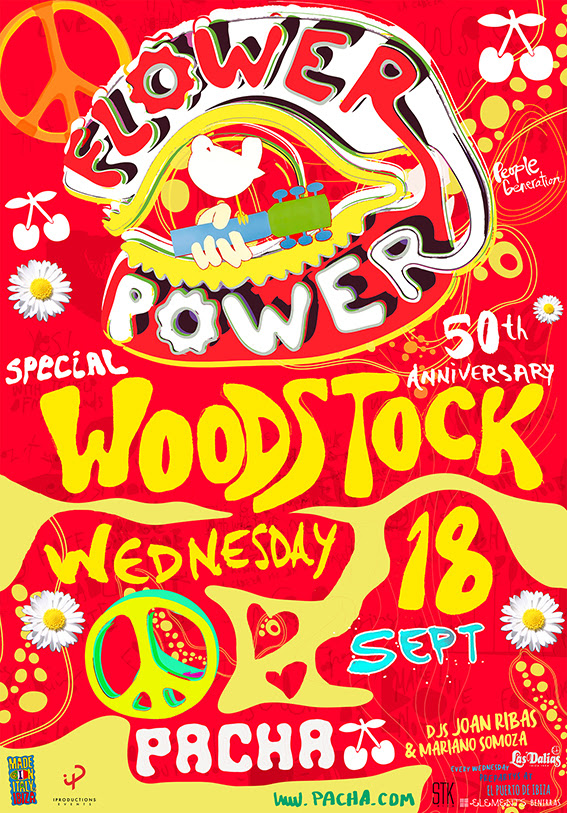 THE NATIONAL THEATRE OF CATALONIA HOSTS FOR THE FIRST TIME A 16 HOURS EVENT
Dani 13 September, 2019